How many football grounds have you been to?

149,834
supporters registered on Football Ground Map
44.73
number of grounds the average fan has been to
18,698
grounds from all over the world

Most football fans have done a mental count of the grounds they have visited - now you can create a map of the grounds you've been to and compare it to your friends thanks to Football Ground Map!

We've got a couple of great features on the site including the ability to track your progress towards the 92 Club and searching for grounds close to you.

As well as creating your own map you can also upload photos of the grounds you've been to and write reviews to tell people about your experiences. If you're the sort of football fan who like free bets and free football tips for punters, we even have you covered there as well.

So, what are you waiting for? Join the other dedicated 149,834 football fans - simply sign-up a free account to start creating your football ground map!

Portsmouth to rebuild away end at Fratton Park

League One side Portsmouth are to rebuild the away end, expanding the capacity of Fratton Park to 20,000 Read more »

footballgroundmap.com now has more than 18,000 stadiums in its database, making it the largest football stadium website in the world Read more » 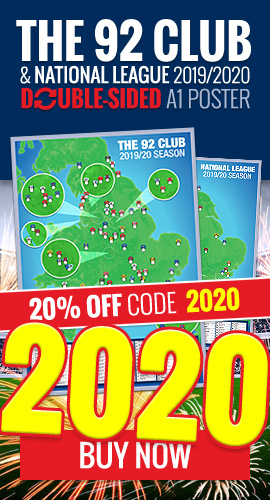